Kongsberg Target Systems is one of the global leaders of electronic target systems.

Electronic target systems have always been our passion, and we have supported the world with high quality solutions for nearly 30 years.

Our goal has always been to not only deliver the very highest value for the shooting range, but also for shooters to have more fun and to improve at the range. When introducing Kongsberg eScore, we are once again redefining the shooting experience as the world know it. 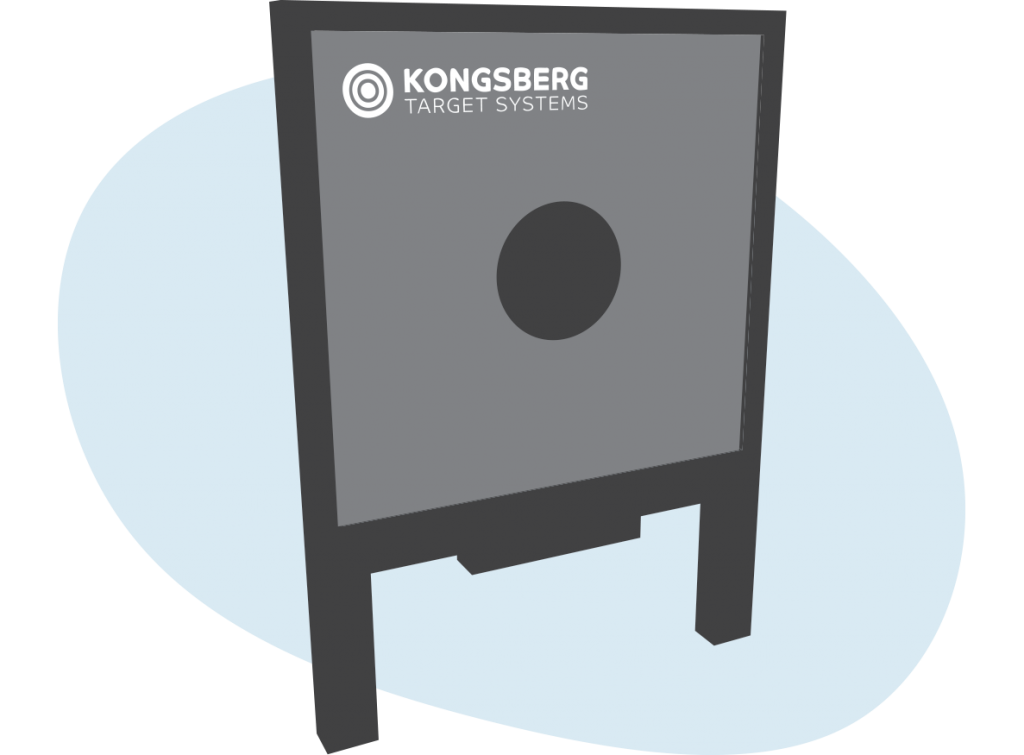 With 26 years of experience developing and perfecting electronic targets, we have quite a lot of history behind us.

The first electronic target was developed and built by the four founders of the company for their graduation project at Kongsberg Vocational School.

1994 Foundation of the company

The company, at that time called Kongsberg Mikroelektronikk, was established while the four founders were still finishing their education within the engineering field (22 years old) and arose from their passion of shooting and technology.This newly developed technology revolutionized the Scandinavian market and target prizes were cut to one third – no wonder our electronic target systems became popular. Shortly after, Norma (shooting gear supplier – www.norma.as) saw the potential, initiated contact and became part owner. For several years Norma were responsible for selling and marketing our electronic targets, in addition to their own shooting and hunting related products.

What started as small student project became a commercial success, spread to several countries around the world.

The 300m European Cup shooting event was the first international competition organized on KTS electronic targets. The event took place in the heart of Gothenburg.

In year 2000 we won a contract with the Norwegian Defense Logistics organization, (see our customer statements for a recommendation from them) and the following year 75 gallery targets, large spectator screens, control room software, TV graphics, container solutions and logistic support were delivered to the prestigious Norwegian Championship. This championship is probably one of the biggest shooting competitions in the world including up to 6.000 participants every year, lasting for 9 days. The championship is held at different locations every year, thus the target system is installed, dismantled and wrapped up by KTS until the process starts over next year (since 2001) –proving the excellent quality and robustness of our targets.

In 2012 we had delivered more than 10,000 electronic targets. Due to an increasing customer base internationally, the company name was changed to Kongsberg Target Systems.

Civilian Marksmanship Program (The CMP) fits their Talladega Marksmanship Park (AL-USA) with 257 electronic targets at 25, 50, 100, 200, 300 and 600yds. Following years 260 indoor 10m targets and 150 long range targets are purchased by the CMP for their own use, along with other targets supplied to shooting clubs. The knowledge of and good reputation of KTS targets start to spread throughout the US.

In 2015 an additional 142 targets were delivered to the Norwegian Defense Logistics organization to be used for terrain- and rapid-fire events at the Norwegian national championship. Approximately 500.000 rounds are annually fired at the total of 217 KTS targets in use at this 9-day championship. KTS is still responsible for all logistic support to this day.

KTS installed 55 targets at the national shooting range at Chateauroux in France.

We made the decision to focus on the US Market where we already have been very successful with the delivery to several large ranges.
We managed to find a great distributor called MR TARGET which means that our customers can now buy our targets directly from them, get support and installation state side and still get the same high-quality products and service as before.

Based on 40 years of experience, and after investing 4 000 000€ in product development, we introduce Kongsberg eScore. The world’s first ever professional software platform for electronic target shooting.